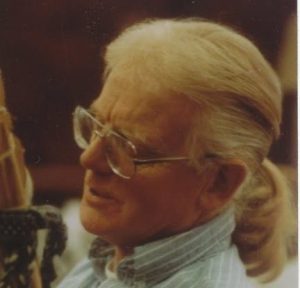 Norman will sing Scottish Lowland songs and songs in Gaelic. He will also sing waulking songs as audience members help him waulk a piece of wool cloth. (Waulking is the process of soaking and beating wool cloth to make it denser and softer.)  The concert will also include an appearance by Swedish singer Anders Larsson.

Norman is one of Scotland’s finest traditional singers with a unique repertoire of folk songs and ballads in both Scots and Gaelic. Born and brought up in Aberdeen, he was a neighbor of the great ballad singer Jeanie Robertson and during the evolving folk scene of the 1960′s he picked up many songs from her and from other singers such as the bothy ballad singer Jimmy McBeath and the traveller and street singer Davie Stewart. Norman shares what is enduring about traditional songs – their authenticity to life, the humorous turns of every-day events, the beauty of old melodies. As Norman explains it: “These songs are my roots; they’re older and more important than I am.” This unpretentiousness makes Norman‘s music as wonderful to the audience as it is important to him.

In 2003, Norman was awarded a NEA National Heritage Fellowship, honoring his work as a traditional singer, storyteller and weaver.

About the Traditional Singers Club

The Traditional Singers Club supports and encourages involvement and excellence in Irish and related singing traditions. We do this in part by providing a regular singing session in the Twin Cities for those who are interested in learning, performing, and sharing knowledge on unaccompanied traditional songs, which was seen as an unmet need when the club was founded.

Traditional Singers Club concerts follow a format designed to showcase featured artists while also promoting local participation in traditional singing. Thus, a typical event will include performances by “resident” club singers as well as an impromptu song or two from selected “floor” singers.